In rural areas of Africa, Lymphatic Filariasis (LF) is primarily transmitted by night-biting Anopheles mosquitoes, which also transmit malaria. Currently, the two major ways of controlling malaria vectors are the indoor residual spraying (IRS) of insecticides and the use of bed nets. It has been estimated that the combination of these two interventions, in the decade 2000-2010, has prevented  more than 200 million new cases and more than 1 million deaths due to malaria.

In areas where both LF and malaria occur and are transmitted by the same mosquitoes, should we then promote vector control alongside mass drug administration (MDA) to accelerate the elimination of LF through a better and more cost-effective integration of LF and malaria control programmes at the national level?

The answer is yes.

The importance of vector control for lymphatic filariasis elimination

Reducing mosquito numbers and preventing people being bitten has a significant impact in reducing the burden of LF and, ultimately, pushing towards its elimination. As it has been reported in various countries around the world the use of bed nets, IRS and/or reducing the mosquito breeding sites can all result in a significant reduction of LF transmission even in the absence of MDA. For example, in Papua New Guinea the deployment of insecticidal bed nets in communities where MDA was stopped 10 years before resulted in a reduction of the LF transmission potential down to zero within only 11 months following distribution. 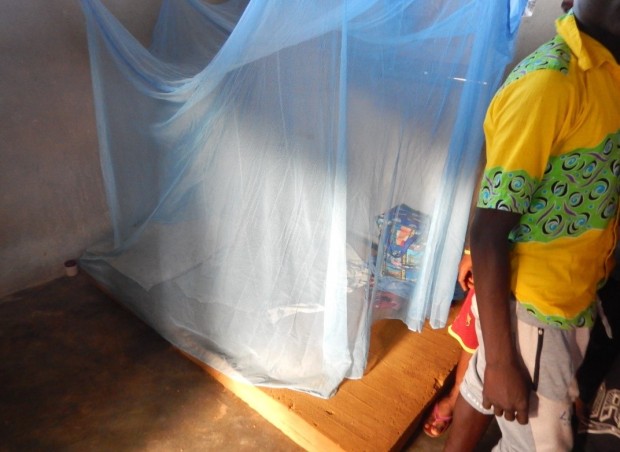 Mathematical models have clearly shown the strategic impact of implementing vector control alongside MDA for LF: reducing the human-mosquito exposure allows reaching the community and vector infection thresholds below which LF transmission will be interrupted faster and earlier compared with using MDA alone. As a result less rounds of MDA may be needed to reach elimination if vector control is in place, with important savings for the programme.  Furthermore, sustained vector control may avoid the resurgence of LF in treated communities in a post-elimination setting (after MDA has been stopped) due to the potential re-introduction of the disease through human movement.

Mass distribution of ivermectin for LF elimination (on the left, source: www.mectizan.og) and bed nets for malaria control (on the right, source: www.usaid.org)

Given the importance of vector control for LF elimination; with LF and malaria being transmitted by the same mosquito vectors in West and rural Africa, integrated vector management (IVM) becomes crucial. There is a tremendous opportunity to effectively integrate the LF and the malaria control programmes, making both more efficient and cost-effective.

Establishing a synergy between MDA for LF and bed nets distribution/indoor insecticide spraying for malaria can have two major effects which will be extremely beneficial for the fight of both diseases. Firstly, a more efficient use of resources: the same community distributors delivering the drugs can distribute bed nets at the same time leading to important savings in terms of time and human resources. Secondly, a higher impact on the burden of both diseases: MDA campaigns can facilitate the distribution and penetration of bed nets in the community and vice-versa.

The beneficial effects of an integration of MDA and bed nets distribution has been clearly shown in Nigeria, where the concomitant delivery of nets alongside MDA resulted in a significant improvement in insecticide-treated bed net ownership and use (up to 9-fold) and it did not negatively affect the MDA coverage.

Following the above evidence, in 2014 Nigeria has been the first country in Africa to launch a Nationwide Malaria and LF elimination Co-Implementation Plan alongside specific guidelines.

We now have the tremendous opportunity to promote a better cross-talk between the vector borne disease-specific communities, stakeholders and policy-makers in order to raise awareness on the importance of a sustained and better planned vector control leading to a more cost-effective and effective use of resources across disease control programmes.

Within the COUNTDOWN research consortium, we recognize that the scale-up of MDA won’t be enough to achieve the London Declaration 2020 targets for the elimination of lymphatic filariasis. In particular, following the example of Nigeria, we are seeking opportunities in Ghana for an integration of the national LF elimination and malaria control programmes to co-ordinate MDA distribution and delivery of vector control interventions and to evaluate the impact of such synergy on service delivery, community participation and cost-effectiveness.

2 thoughts on “A Bed Net to Rule Them All: Accelerating Lymphatic Filariasis Elimination Through Malaria Control Programmes”